The Executive of the Nelson Beekeepers Club shall consist of the President, Vice President, the Secretary, the Treasurer, and the Apiary manager.

Election of the Executive shall be an annual event held at each regular August meeting. This is within time to update ApiNZ for the October issue of The NZ Beekeeper Magazine. Selection is by majority vote.

Any paid up member may offer [or be nominated] to stand for any position on the Executive during the August meeting and they may say a few words on why they should be selected.

It is the responsibility of the existing Executive during the month of July to canvas any paid up members deemed suitable for any position likely to become vacant in August.

The existing Executive will seek and encourage the cooperation of potential executive replacements on the basis that they are suitably experienced beekeepers qualified for the nominated role and that they will support the good work and longevity of the Nelson Beekeepers Club. During the August meeting the existing Executive or the person so nominated may say a few words on why they should be selected.

If the need arises, nominations and voting for any position, or any new position for any other new role within the Executive may be elected by majority vote at any regular advertised meeting.

Any Executive may stand for any term of years by popular vote. 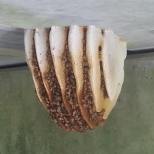 Rodger with his winning honey 2014 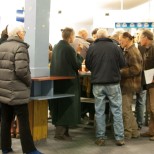 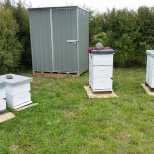